According to Chinese legend, tea was an accidental discovery. In 2737 BC, Emperor Shen Nong was sitting down to a break with his army when leaves from a wild tree landed in his cup of boiled water unnoticed. The emperor drank the mixture. Intrigued by this pleasant, new substance, he named it “cha” for the warm feeling he investigated ran through his body as he drank the tea. Later in the Han Dynasty, the emperor penned down “cha” as a character constructed from wooden branches, a man, and grass to symbolize the balance it brought between mankind and nature.

During the Han dynasty, tea began as a herb used for medicinal purposes. In the Tang dynasty, the classic age of tea, tea began making appearances in social occasions as a beverage drunk for pleasure and relaxation. At this time, tea leaves were compressed into teacakes and prepared with the addition of hot water. Then came the Song dynasty, a milestone era for tea. The process growing and brewing tea leaves became more refined physically and culturally. More varieties of tea appeared in abundance in poetry, paintings, and literature. From there, it entered the Silk Road trading routes and spread to Arabia, Africa, and later Europe. Tea went east to Japan first in the 9th century and onwards throughout Asia. In the Sung dynasty, people began steaming tea rather than boiling the teacakes. This method then evolved into the modern method of roasting tea by the 13th century, accompanied by fermented tea leaves in the 17th century. 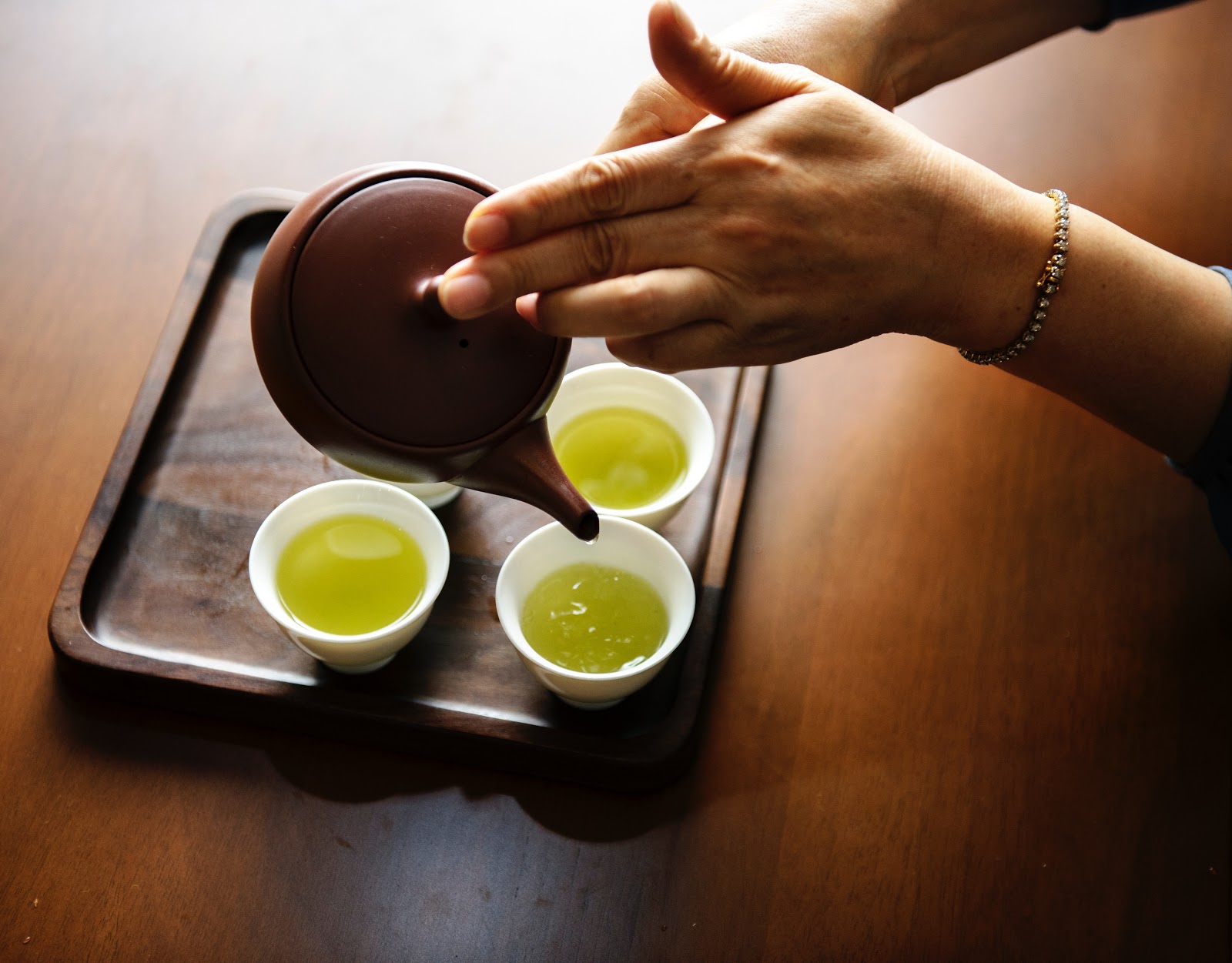 Tea is still a predominant part of Chinese culture. It is drinken casually, around the dinner table with family, enjoyed at tea houses, and presented as gifts at formal gatherings. The principal Chinese tea-making ceremony Gongfu cha, Kung fu tea, requires a Yixing clay teapot, tweezers, and several additional tools to perform. The essence of the name, and thus objective of the process, is the input of effort to achieve a high quality pot of tea (comparable to hand-crafted cup of artisanal coffee).

The six types of Chinese tea, from least oxidized to the most oxidized, are green, white, yellow, oolong, red, and pu-erh. During oxidation, a chemical reaction involving oxygen that turns food brown and introduces new flavors into the food. Unless they are of the floral/herbal variety, all tea is derived from the plant Camellia Sinensis. which may have originated around southwest China, Tibet, and Northern India. It is known to contain essential oils, polyphenols, phytonutrients, enzymes, and methylxanthines. These contribute to both tea’s naturally profound flavor profile and powerful, health-giving factors. 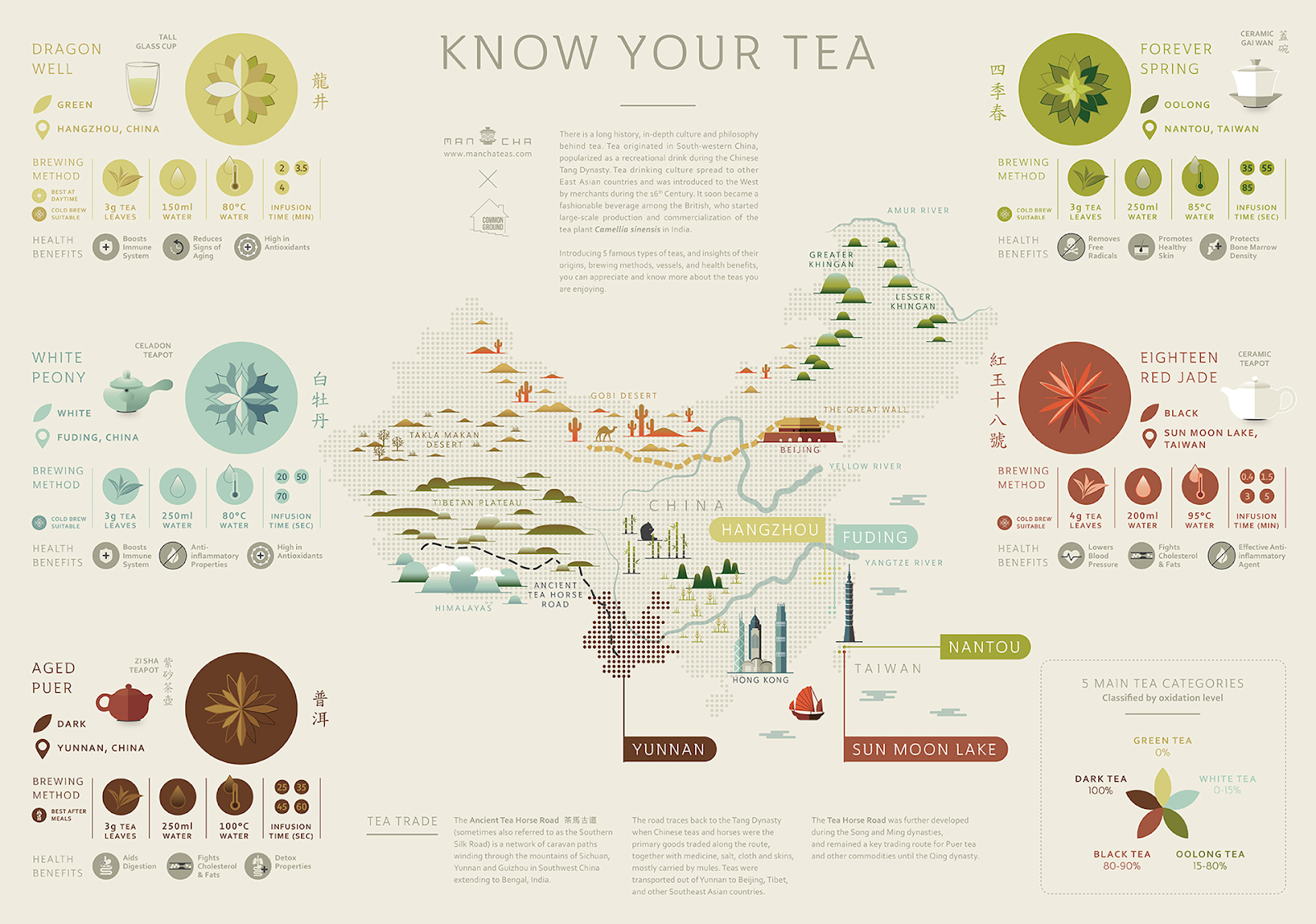 Chinese tea comes with an enormous list of health benefits that vary slightly depending on the variety and quality of tea leaf.

Get the latest updates on new products and upcoming sales